PrimeXBT Lead Analyst Kim Chua: XRP To Miss The Bull Run Due To SEC Lawsuit But It Is Down, But Not Out

The past week has been agonizing for XRP believers, as the price of their beloved XRP token fell 65% over 2 days to a low of $0.22 from $0.60, wiping out a whopping $16 billion market capitalization. Although the price has since rebounded to around $0.30, it is going to be difficult for the price of XRP to rebound to levels seen before.

The SEC on 22 December filed a lawsuit against Ripple who manages XRP, as well as its 2 founders. The SEC alleges that XRP is a security with no use case other than being a speculative instrument, and that Ripple had been conducting unregistered sale of the “XRP security” all these years without attempting to seek an exemption. This serious allegation led to a panic sell in the XRP token as investors, traders, and even crypto funds mass dumped on the XRP trade, with a series of cascading sell orders leading to one of the biggest and fastest falls in a top 10 token in recent times.

Some exchanges have started to delist the XRP token, for fear of implications since crypto exchanges are not allowed to list securities. Bitstamp, which is based in the USA has decided to delist XRP effective 8 January. Many are expecting Coinbase to do the same too since Coinbase is planning an IPO and will not want to have the XRP issue come in the way of its listing. It appears as though the days of XRP are over for now with sentiment at an all-time low.  Bitwise has liquidated all its XRP positions in its crypto index fund, leaving only small retail investors picking up the token “on the cheap”. The number of small XRP addresses being created has continued, while that of larger tier addresses are shrinking, with 18 less addresses with more than 10 million tokens since the news broke. Large whale holders are selling the token while small retail players see the sell-off as an opportunity to pick up some cheap XRP and have started entering the market.

Addresses with more than 10,000 XRP have declined while that with less than 10,000 is still increasing

However, is XRP really a security?

According to Howey Test, a security is an investment of money in a shared enterprise with investors buying with an expectation of profits from other people’s work. XRP doesn’t satisfy the Howey Test because no one bought XRP with the expectation of getting Ripple’s profits. Ripple is Ripple, XRP is XRP. The two are not the same.

XRP is a digital asset with a fully functional ecosystem with a real use case as a bridge currency that does not rely on Ripple management’s efforts for its value. Instead of calling XRP a security, I would prefer to call it a currency or a transfer tool. Owners of the XRP token will not gain any monetary reward from the profits of Ripple, unlike a security in which owners will reap dividends or benefit from a rise in a share’s price. XRP is not a share nor participation in Ripple’s business. It is merely a token used on Ripple’s platforms for fast and cheap transfers of value cross border. Its owners do not have a share in Ripple’s business. Hence, the allegation that XRP is a security comes across as strange to some market veterans.

That said though, in the early days of Ripple and XRP, Ripple and XRP were indeed not properly segregated and the SEC may fine Ripple for having confused investors in the past. Since XRP and Ripple serve different purposes now, the SEC should not classify XRP as a security to penalize investors right now. If it does, it opens up bad precedence to other crypto projects. This will be very bad for the crypto industry as well as stymies innovation. The new SEC chairman replacing Jay Clayton who has left, may thus adopt a more open approach to the matter after careful consideration. The impact of this ruling is bigger than it seems.

PrimeXBT’s lead analyst Kim Chua has the opinion that the SEC will clear XRP eventually but impose a fine on Ripple for not having made clear distinctions on Ripple and XRP in the past. Ripple and XRP even used to share the same logo. However, such lawsuits drag for a long time and the immediate impact on XRP price will be negative. Other than starting to get delisted, XRP will no longer be a consideration to institutional investors since they will stay arm’s length from any asset in trouble with the authorities. I expect XRP to be left out of the coming bull run and continue to revel between $0.20 and $0.40 until there is a clear outcome in the lawsuit. I do think the lawsuit will have a positive conclusion for XRP eventually after which the price of XRP will rally very hard within a short timeframe to play catch up with the rest of the market. In the meantime, it will be a long hard wait for XRP believers to see XRP in its heydays again. 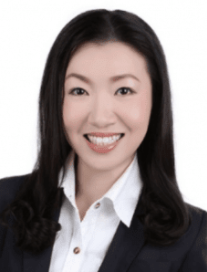 Kim Chua is an institutional trading specialist with a track record of success that extends across leading banks including Deutsche Bank, China Merchants Bank, and more. Chua later launched a hedge fund that consistently achieved triple-digit returns for seven years. Chua is also an educator at heart who developed her own proprietary trading curriculum to pass her knowledge down to a new generation of analysts. Kim Chua actively follows both traditional and cryptocurrency markets closely and is eager to find future investment and trading opportunities as the two vastly different asset classes begin to converge.

This material has been prepared for informational purposes only and is the opinion of the author, and is not intended to provide, and should not be relied on for, investment, tax, legal, accounting advice. You should consult your own investment, tax, legal and accounting advisors before engaging in any transaction. All content published by Visionary Financial is not an endorsement whatsoever. Visionary Financial was compensated to submit this sponsored article. Please also visit our Privacy policy; disclaimer; and terms and conditions page for further information.

In Q2 of this year, SCROOGE plans to release its casino’s beta…

In a January 20, 2022 announcement, Robinhood revealed that the next step…