For the past few weeks we have been looking closely at BSOV, a deflationary community-driven cryptocurrency, so let us recap a little bit. Bitcoin Store of Value or BSOV is a cryptocurrency built as an ERC-20 token on the Ethereum Blockchain. It was initiated by an anonymous Satoshi-like figure calling themself – Mundo.

Mundo designed the BSOV protocol to be Proof-of-Work based, along with a deflationary supply schedule. So far, it seems eerily similar to Bitcoin. But what sets the BSOV cryptocurrency apart becomes visible when you look beneath the surface.

As we had discussed previously, a Store of Value is an asset that holds value over long periods. It is considered a pragmatism among economists that an asset that is scarce or deflationary, along with having real-world use, will continue to hold value even when other assets tend to fall over time.

The story goes like this. When the anonymous Mundo released the protocol, several developers quickly took notice of the idea and found it to be quite aligned with their principles. It didn’t take long for the word-of-mouth to do its magic, and pretty soon BSOV had a sizable and loyal following. The community quickly outgrew the network. With the eventual withdrawal of the founder, BSOV is now entirely community-driven.

And that is what Mundo had in mind. 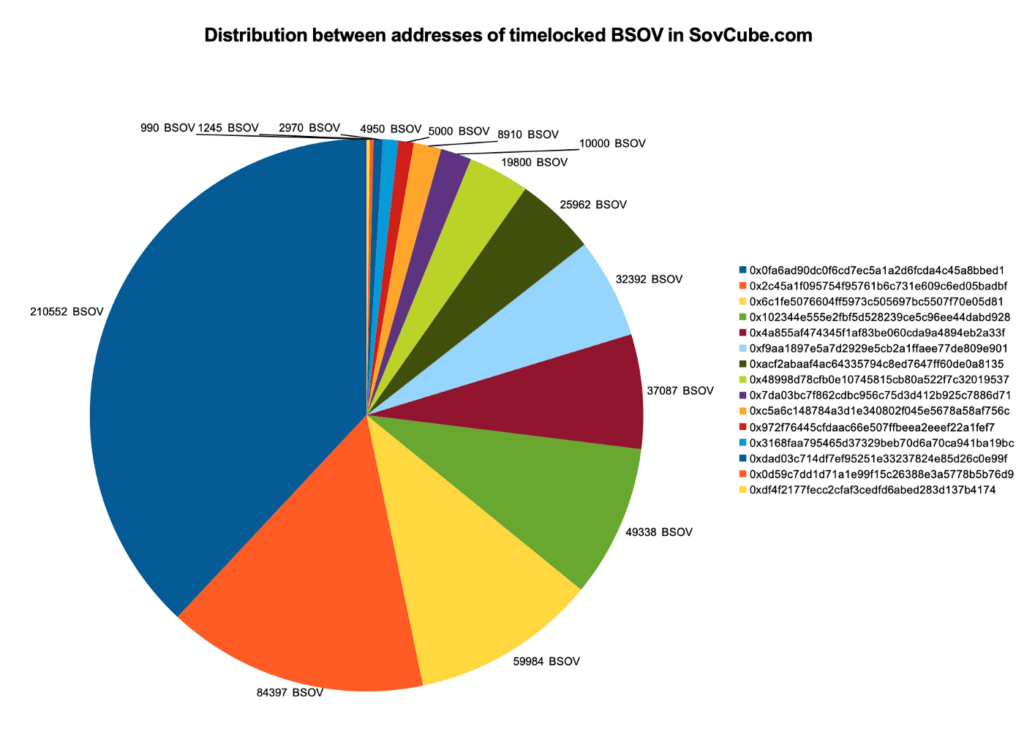 The BSOV network is a highly sophisticated protocol that values long term holding over short term gains. In essence, the protocol was designed as such that over time, a percentage of the supply that has been mined will be burned by the community periodically, thereby taking them out of existence. Along with that, the community has also pushed the limit by voluntarily time-locking about 20% of the entire network supply for about 4 years, cementing their loyal and long term stance on the long-term view.

Some of the biggest holders of BSOV tokens have time-locked their digital assets. The holders have agreed to a 4-year+ commitment to the network. One HODLer, who has locked about 210552 tokens is allowed to only withdraw 1000 BSOVs at the most. This means that if he follows the schedule, it could take 4 years for the HODler to fully remove their tokens.

From An Idea to Reality

Just like Satoshi Nakamoto, Mundo did not take control of the entire narrative, nor take control of token supply or any governing function. Mundo let the community form their own websites, their own narratives, and let the decentralized nature of a cryptocurrency grow organically by its own merits. And in many ways, this wave of decentralization is what helped the community realize the value proposition of BSOV.

The community, without any form of physical protests, violent acts, or show of power, has tried to show how there is a non-violent way of protesting. Their protest is against the traditional infrastructure of infinite money supply, of unlimited centralized power and abuse. By choosing to back a project that is deflationary in nature, limited in supply, and has no centralized authority to dictate terms, they have made their principles known. BSOV is a project that gives a platform for people to make their ideas known without any flagrant show of violence.

This concludes our series on BSOV. Through our research, we found the project to be quite interesting, owing to its long term outlook and deflationary schedule. It goes without saying that a successful network is built on a loyal community. BSOV’s community has shown incredible trust and loyalty over the anonymous founder Mundo’s vision. Their supply lock and readiness to make the protocol better was something we found extremely commendable.

BSOV.io | Buy and Sell | Whitepaper | Tokenomics | Community Chat | Project Timeline | How to Mine

Notice: Information contained herein is not and should not be construed as an offer, solicitation, or recommendation to buy or sell securities. The information has been obtained from sources we believe to be reliable; however no guarantee is made or implied with respect to its accuracy, timeliness, or completeness. Authors may own the crypto currency they discuss. The information and content are subject to change without notice. Visionary Financial and its affiliates do not provide investment, tax, legal or accounting advice. This material has been prepared for informational purposes only and is the opinion of the author, and is not intended to provide, and should not be relied on for, investment, tax, legal, accounting advice. You should consult your own investment, tax, legal and accounting advisors before engaging in any transaction. All content published by Visionary Financial is not an endorsement whatsoever. Visionary Financial was compensated to submit this sponsored article. Please also visit our Privacy policy; disclaimer; and terms and conditions page for further information.