In this day and age meme currencies have left behind stable altcoins in terms of popularity and the number of capitalists willing to invest in them. A good example of this is the infamous Dogecoin and Shiba Inu. Another currency that has recently stepped into the market to compete with the likeness of these two much-hyped coins is the CHOOKY INU. This newbie coin is based on the Chihuahua dog meme that is thought to have a bad case of small dog syndrome. The Chihuahua meme will act as the driving force of the coin by alluring the investment of meme lovers from around the globe.

A Brief Glance at CHOOKY INU

The phenomenal Chooky Inu is all set to enter the crypto space in December 2022. Based on the Ethereum Network, Chooky Inu is a hyper-deflationary currency being propelled forward by strokes of memes and NFTs. The company also has a music NFT platform under the name of $CHOOCHUNES. Not only this, but it also plans on launching its very own Anime TV series.

Chooky Inu classifies its NFTs into 6 different types. These include Raider, Staker, Gamer, Anime, Music, and Multichain Special Edition. Under its royalty-sharing NFT protocol, Chooky Inu showers reward on its users. The rewards offered on initial mint and resale are in the form of Ethereum. The amount of Ethereum rewards being given out is directly proportional to the amount of $CHOO tokens being held.

Other distinctive features of Chooky Inu include a supply that is rapidly depleting owing to a large portion of the taxes being used to burn the coin. This plays a great role in helping to ameliorate the demand and thus the price of the coin. These features are developed by a team of highly accomplished and competent individuals who have previously worked on mega projects.

The first NFTs to be launched include Raider NFT and Staking NFT. These NFTs can be minted on the project’s bespoke dApp. For each NFT sold, 7% of the sale is transferred to the NFT royalty sharing pool which will then be rewarded to holders of $CHOO token based on the amount of their holding.

The $CHOO token has the following tokenomics:

The project imposes a 4% tax on buying and an 8% tax on selling, which is further divided the following way:

The project has introduced a mechanism whereby the taxes are reduced following the sale of each NFT set until the taxes reach a value of zero.

The Minds behind Chooky Inu

The team of adept developers is headed by Papi, the governor, and comprises Enki the art director, Devos the lead developer, and Celethor the financial controller. Chooky Inu can claim to have employed top-notch individuals who are bound to take the project to new heights.

Chooky Inu emphasizes partnership rather than rivalry. To achieve this end, it has planned on working together with other communities and conducting AMAs, Twitter Promotions, NFT cross-promotion, and appearances in Metaverse games and realities. Moreover, Chooky Inu has partnered with many marketing agencies that are establishing connections, helping to uplift the project, and ensuring proper advancement.

About the Project – Chooky Inu

Chooky Inu is an ultimate project that holds tremendous potential to revolutionize the crypto and NFT sector. The project aspires to be known as the leading brand in the NFT sector. It envisions itself as a place where foremost artists can make the most out of their skills and attain great prosperity. 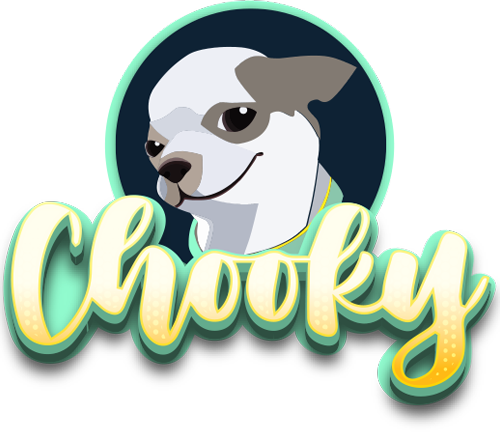