NXT has built a robust permissioned Layer 1 blockchain, working with Linux Foundation’s Hyperledger software, aimed at bridging the gap between blockchain and enterprise. The NXTChain is foundationally supported by user-deployed Validator Nodes in the form of NXT’s flagship product, the NXTreme, which creates a decentralized validator node ecosystem.

“Blockchain as a technology is transformative,” explains NXT CEO Rondell Fletcher. “However, there are many significant issues impeding mass adoption such as lack of flexibility, high transaction fees, slow speed, lack of accountability, network congestion, and rising costs.”

NXT’s blockchain has been built to solve many of these problems, Fletcher says, using software supported by IBM, Intel, and other industry giants.

“NXTChain is a far more superior solution than the traditional permissionless blockchain architectures, used by Bitcoin and Ethereum,” he says. “And the consensus mechanics behind NXTChain is Proof-of-Authority.”

Real-world enterprise solutions require specific features that only permissioned blockchain networks such as NXTChain can provide. A few examples that Fletcher cites:

• Authentication, Authorization & Accounting Requirements (KYC): In contrast to the permissionless environment of Bitcoin and Ethereum, all participants in a permissioned network must be identified and tracked, with clearly defined roles. On NXTChain, the KYC and role is referred to as the Certificate of Authority (CA). CAs also ensure any dishonest on-chain activity because the user is held accountable.

• Accountability: On NXTChain, access permissions are assigned based on business role, and network members are known and identified by cryptographic membership keys. This is important because real-world enterprise must abide by specific standards and laws such as General Data Protection Regulation of 2018 (GDPR) and Health Insurance Portability and Accountability Act of 1996 (HIPAA).

• Privacy: While network participants are aware of each other, on NXTChain, only members who are required to have information about a specific transaction are notified about it.

• Flexibility: With the global node network of NXTremes, NXTChain is easily able to allocate nodes to specific projects and tailor the blockchain protocol rules to meet a client’s specific needs.

The above features are just a few of many necessary standards for the enterprise community to mass-adopt blockchain technology. NXTChain provides these requisite characteristics while also providing many more features that are further elaborated on in the NXT Whitepaper. (https://uploads-ssl.webflow.com/63359cd4af32d9127c96c950/6363ceb2b98596812ed02b43_NXT_WhitePaper_link_fix.pdf)

In summary, NXT Technologies aims to bridge the gap between blockchain and enterprise. NXT’s Layer 1 protocol, referred to as NXTChain, is specifically designed with features necessary for easy enterprise integration. The global decentralized NXTreme node network gives NXTChain the ability to adapt and allocate a specific number of nodes to specific projects resulting in a more robust and uncongested network that is tailored to each client. NXT is ushering in a new generation of multiparty systems to execute its vision of an empowering ecosystem where like-minded entrepreneurs and new business opportunities thrive. 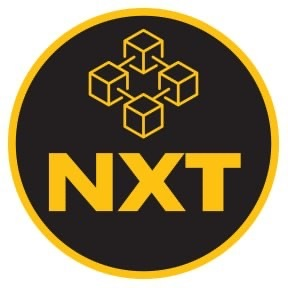