Dokoverse NFT Minting is Set to Launch in November

Dokoverse, the world’s first K-pop Sing2Earn Project, is excited to announce that its NFT minting will kick off soon. The platform integrates NFTs, music, and the CyberPunk Genre to allow users a better experience on the S2E model and in the process, expanding the Korean heritage to the world.

Users can enter regular contests, earn tokens and even get a chance to meet a very famous K-Pop producer, Doko. With more NFTs, you get an opportunity to earn more tokens.

The Dokoverse project is a story-driven, global K-Pop NFT project that aims to create a framework for exemplifying how a globalized project should look and feel. The platform connects the K-Pop and Non-K-Pop audiences to real-world actions and uses cases like the Sing2Earn Model.

Of particular note is their main utility, where they hold a global singing contest every three months. Of course, only holders can participate, and Korea’s best producer, Doko, will do the judging. “I think that a Kpop singer will be born among our NFT holders,” says YongJi KIM, Co-Founder and Project Leader of Dokoverse.

There is a handful of interesting K-Pop-driven NFTs in the current market. Firstly, the Dokoverse team expresses that they are happy about this fact. “We feel as if the force of Hallyu is a strong, global phenomenon, whereby millions upon millions of people, worldwide, are appreciating K Pop, K Drama, K Culture, and more at all-time highs.”

Notably, other K Pop-driven NFTs are leveraging the power of the NFT technology to create unique connections between various groups within the K Pop community. These could range from KPop idols and entertainment companies to fans.

In terms of truly globalizing unique and value-added utilities, one K Pop NFT project cannot address the total serviceable market. All K-Pop NFTs are still early in their development.

Dokoverse is built on the foundation of its unique storyline. In a nutshell, in the year 2111, DOKO, who is a K-Pop star living in a society that is very advanced technologically. However, it is also consumed by negative energy and sounds.

One day, Doko, who lives in NeoSeoul, notices a magical drone speaker in his window. He then chases the drone throughout the city and ends up in an old Noraebang, where he meets Ahjumma, a scientist who informs him that he must travel back in time to save humanity.

In addition, Dokoverse is already forming quality brand partnerships. In a recent GLEAM EVENT, Dokoverse partnered with the globally iconic Gucci flagship store, Gucci Gaok to host a global giveaway for a historic Gucci Bag – Chuseok Edition. The platform announced the winner on October 17 as @ttogmo1 on Twitter.

This project aims to bring the inhabitants of the V treasure to the future. Meanwhile, users will be able to learn more about the storyline, as well as see more content related to it.

Dokoverse will also be opening a physical Noraebang location in Seoul, which will be Dokoverse branded. It will allow the fans to visit and experience the project from the 2111 perspective storyline.

In collaboration with PIG Entertainment, Dokoverse will hold singing contests for its global audience. The contests will allow participants to win prizes such as NFTs, Crypto, and more. The first singing contest will be held before minting the first collection. Notably, Doko, and other special guests, will be one of the judges for the contest.

The goal of  DOKOVERSE is to reverse engineer how the future of our planet will interact with music, sound, and the K Pop industry alongside the cultural aesthetic, beauty, and influence of Korea.

Dokoverse has introduced the Sing2Earn model, allowing fans of both Non-K-Pop and K-Pop artists to earn cryptocurrency by singing with their mobile devices. Anyone can play the app. However, if one holds and gains NFT, they can earn a higher multiplier. In addition, Dokoverse is also opening a real “Noraebang ” or Korean Karaoke Bar/Lounge in Seoul, which will reflect a futuristic vision of NEOSEOUL. 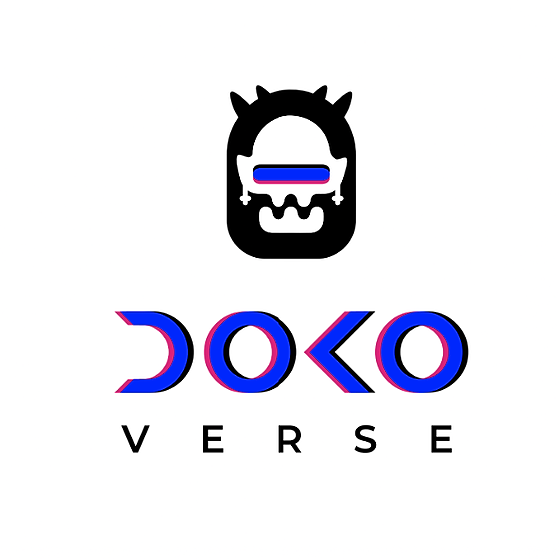