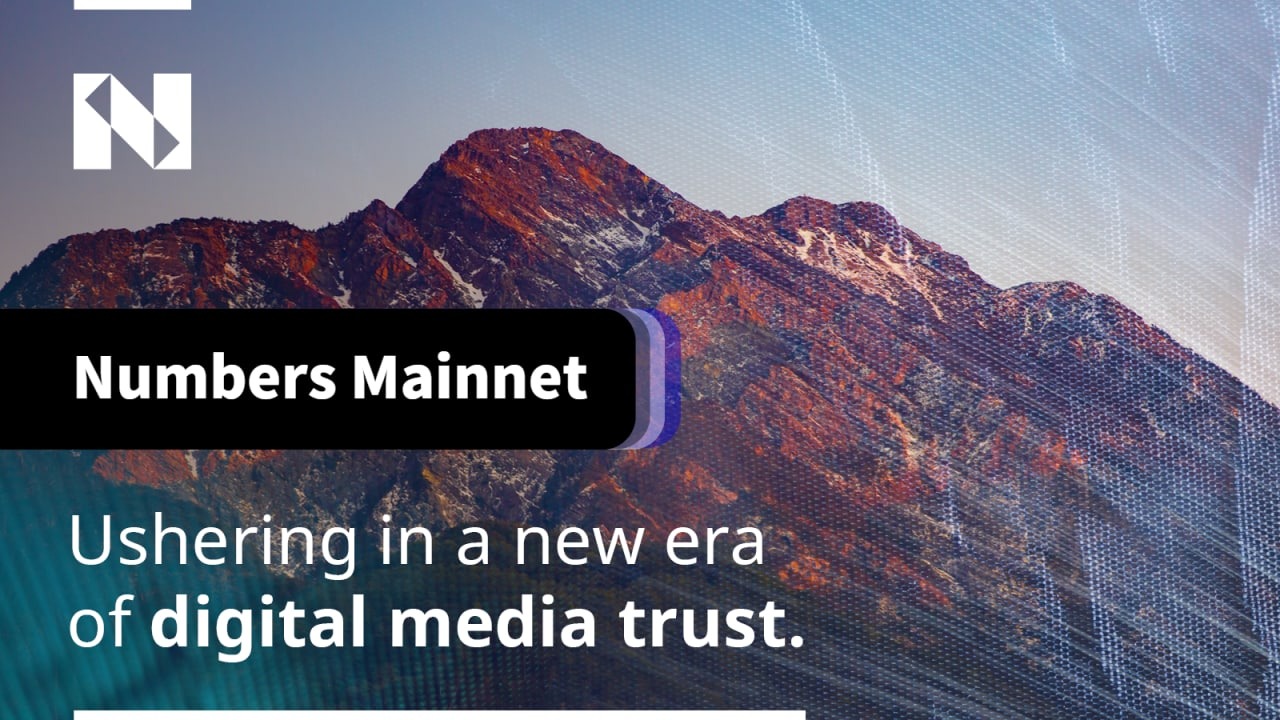 Following a successful community campaign of Numbers Testnet, we are excited to announce that Numbers Mainnet is now LIVE! Numbers Testnet launched on Nov. 11, 2022 enables Numbers Protocol to operate past its previous constraints and fully realize its vision of creating trustworthy media on the web.

Much effort has been made behind the scenes to ensure Numbers Mainnet launch can hit the ground running. Here are a few community highlights:

A New Chapter for Numbers Protocol

With billions of images and videos uploaded to the internet everyday and an increasing number of individuals making their living off of content creation, it has become increasingly important to know information such as who the creator is, what is the license, who owns the license and whether or not what you are seeing is authentic or fake.

Prior to the launch of Numbers Mainnet, Numbers Protocol leveraged third party blockchains to archive digital media content. Though effective in making digital media information accessible and verifiable the limitations from the user perspective were apparent. Numbers Mainnet unlocks Numbers Protocol and enables it to support the entire lifecycle of the modern digital asset.

Becoming the Pillar of Trust the Digital Media Space Needs

Facilitating much of Numbers Protocol’s core functionality, especially the archiving of committed media history of Web3 assets, Numbers Blockchain changes digital assets from untraceable and unverifiable entities into standalone entities capable of “speaking” for themselves through accessible and transparent records. Numbers Blockchain achieves this by generating a unique identity of the digital media, which is also known as the content ID in the Filecoin/IPFS ecosystem. Key information such as on-creation metadata (location, timestamp, other data regarding creation circumstances), creator information, asset changelogs and licenses are stored onto the blockchain to assure the integrity of the digital media.

Digital media on the web today are scrutinized heavily due to out-of-context use, deep fake technology and digital asset theft. They sit idly on the sidelines while parties with varying interests internet debate in vain its validity and trustworthiness. Numbers Blockchain shakes up the landscape of digital media on the web. No longer needing to rely on external factors, Numbers registered digital media are able to represent their own records and values independent of external factors.

While Numbers Mainnet is the culmination of years of hard work from the Numbers community and its supporters, it is also a beginning. Numbers Mainnet is the start of a journey that we hope will reshape digital media on the web. There is still quite a bit of work to be done. While our community is thriving and our partners are growing, it will take much more to see a full adoption of traceable and verifiable digital assets. If you are reading this and feel the authentic media vision that Numbers Protocol is creating is something you are interested in, we would love to have you help us out.

In the short term help us out with Numbers Mainnet by joining us in our inaugural Mainnet campaign, stay tunned to our social media to get more details!