Blockchain technology is becoming increasingly mainstream, boosted by the development and innovation around Web3 and the metaverse. Despite being in its infancy, blockchain has already established itself as a significant component of the gaming industry. CryptoKitties was the first well-known blockchain game which allowed users to breed and mint new NFT kitties that could later be sold on NFT marketplaces. As a result of the introduction of NFTs into the gaming industry, a play-to-earn, or P2E, trend emerged that encourages players to earn money while playing. In-game items, rewards, and settings can all be turned into NFTs by tokenizing them.

According to research by Infinity Business Insights and Bosson, the global play-to-earn NFT games market was estimated to be around 75,500 million USD in 2021 and is projected to reach 291,720 million USD by 2028, exhibiting a CAGR of 21.30% during the forecast period. At least one sector of the digital asset market, blockchain-based P2E gaming, appears to be mostly untouched by the slum which has seized the general cryptocurrency markets and has continued to expand. Leading blockchain games token prices, like those of Axie Infinity, have recently decreased in value, yet user metrics have increased. Similarly, Derby Stars, a horse racing metaverse game on Polygon blockchain, has been steadily completing its roadmap objectives and expanding operations throughout this crypto winter. At the time of writing this article, the project has a floor price of 0.14 ETH and garnered a total trading volume of 122 ETH on OpenSea and 45,000 Matic on the OnePlanetNFT marketplace.

Launched in 2021, the Derby Stars project was incubated by a South Korean company in collaboration with Hashed Studios. The project has more than 30 members located in various countries such as South Korea, the United States, and India. The company first raised the seed round co-led by Patron and Galaxy Interactive, as well as early follow-on supporter Hashed Studio and many others. A complete list of investors can be found on Derby Stars official website.

Derby Stars’ in-game training system allows players to breed, raise, and build their horses with different attributes, abilities, and skills over an extended period of time while competing against other players. Players can obtain Utility Tokens ($CRT) and Governance Tokens ($RUN) through a variety of game-related activities. Some examples of the play-to-earn mechanics of Derby Stars include: 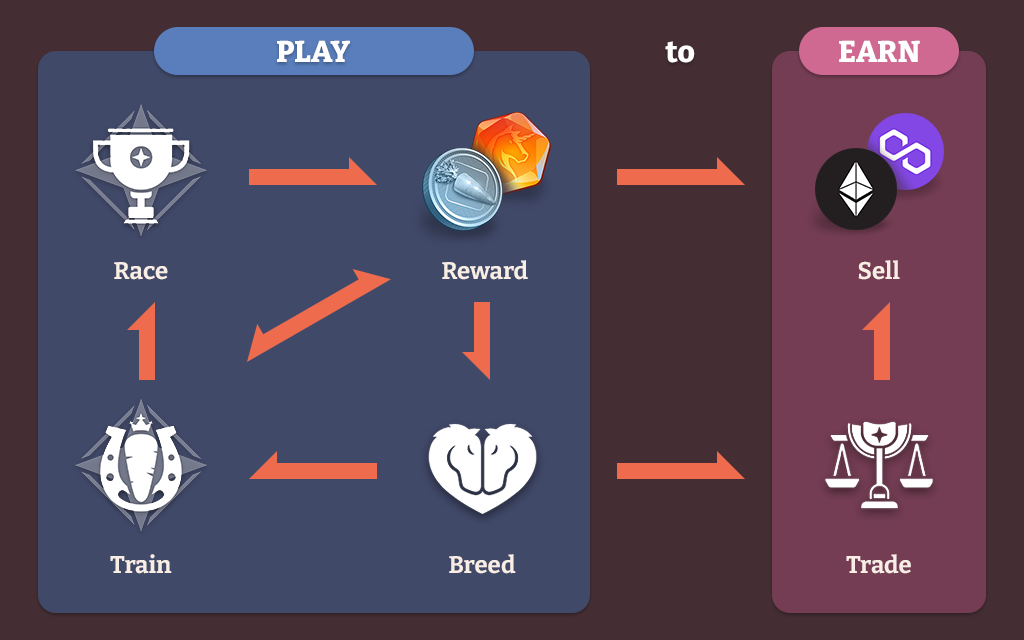 In gameplay, the acquisition of all in-game goods starts with the horses – the non-fungible asset collection of Derby Stars. Players can earn $RUN (governance tokens) by participating in player vs player (PvP) race tournaments using their horses or earn $CRT by participating in training programs. The $RUN tokens earned by players are used for breeding and crafting. All the $RUN tokens utilized in the game are collected into a rewards pool which is later returned to Derby Stars players as rewards for various gameplay and events. One the other hand, players earn $CRT (utility tokens) through training. These tokens can be used for multiple systems in the game and are burned immediately on use. Players can also use $CRT to acquire new horses and items through breeding or crafting. Finally, Derby Stars has a horse release system that allows players to burn their digital horses (i.e., burn NFT tokens) in exchange for other high-quality goods that can be used in PvP races and training, along with a chance to acquire rare horses. These burn mechanics allows the Derby Team to control inflation and to maintain the value of horses. The illustration below explains the Derby Stars gameplay: 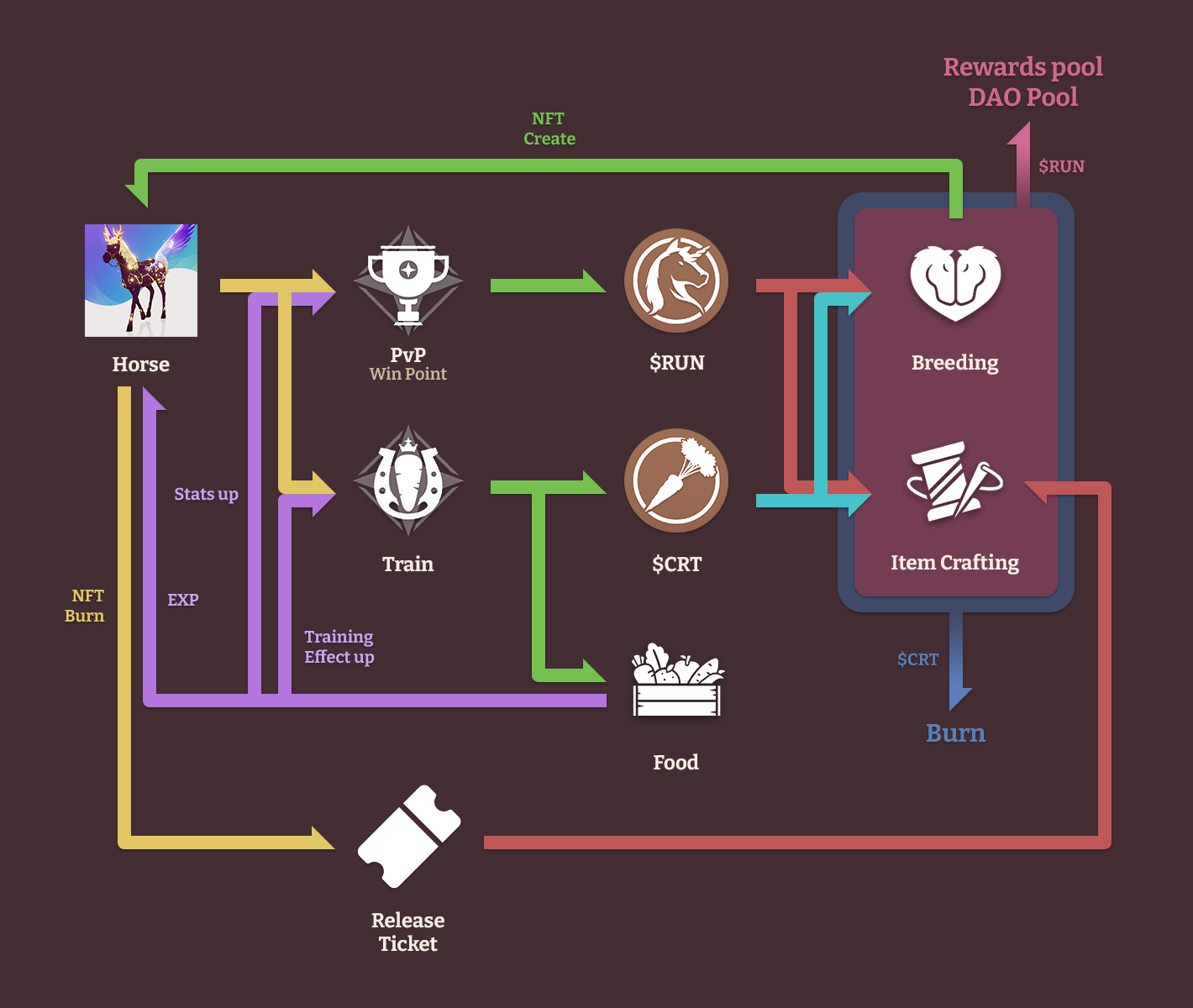 Derby Stars has a vision to be more than just a conventional AAA horse racing game. Hence, the team is actively building its Metaverse infrastructures to further enhance the P2E model and the value it delivers to players. The team aims to create a complete ecosystem for all players to enjoy, engage in, and profit from within this metaverse integration. The Derby Stars team is actively using its resources to expand the internal team and curate new partnerships within the blockchain ecosystem. The company has a very impressive roadmap which includes token generation, avatar customization, horse rental, $RUN staking, and metaverse land sale. The project is continuously expanding operations, engaging in innovative development, and expanding the community to make continuous progress towards the roadmap objectives. Derby Stars is at the cornerstone of disruption and poised to radically transform both the digital horse racing industry and the ways P2E games are developed and consumed.