Viide To Display The Future Of Web3 Advertising

A web3 startup has shown its ambition to leverage the value of web3 advertising in China through its Decentralized Screen Network.

Viide begins in 2022 as a web3-native project for NFT display and interaction, quickly attracting thousands of users. Richard, the co-founder of Viide, says that Viide aims to build a “Decentralized Screen Network”, and he descripes Viide as the web3 version of Focus Media, a company that operates the largest network of lifestyle media across Chinese cities.

According to him, Viide derives from the Latin word “vide” which means “see”. That’s why they choose “seeing web3” as the tagline, meaning Viide is going to present web3 in front of more eyes through the DeScreen.

“To see web3 is to attract the mass attention. Attention leads to advertising. ” Richard says, “Advertising underpins the fundamental value of web2. Google committing to AI or Facebook joining the metaverse doesn’t change the fact that advertising accounts for more than 80% of their profits. “

According to a recent report by Statista, the existing web2 advertising is dominated by entrenched incumbents and corroded with data fraud and stealth. Over 70% of digital advertising spend goes to Google, Facebook and Amazon. 60% of millennials have installed ad blockers to escape pop-up interruptions. The cost of gaining consumer attention has escalated by 8 times in the past 2 decades. 81B dollars are lost globally due to bots and click fraud.

“Web3 allows us to change the status quo. In that sense, Viide is designed to eliminate the exploitative system that has corrupted web2 and to give people back control over their attention through the technical innovation of web3. ” The innovation Richard refers to is the Viide Decentralized Screen Network.

In a small room packed of investors, Richard reveals the Viide products in an exlucsive roadshow: the 10.1″ tabletop Viide Asio and the 22″- 55″ wall-mount Viide Athene that fully covered all the NFT display scenarios in both public and private spaces.

He says that Viide NFT display products are entering the IRL web3 space all over the country and Viide is launching  OddOwl Club(OOC), a new NFT project of 10,000 PFPs to connect on-chain data and IRL users and allow the holers to share all the profit of Viide’s B2B operation, including advertising.

Among the investors, there are major manufacturers of coin miner, art and NFT collectors, and web3 infrustructure providers. Richard shows them how to connect wallet with Viide display and how to cast NFTs on multiple displays. He compares Viide to Focus Media, an unparalleled advertising network with the absolute leading market share on elevator TV and poster media and cinema screen advertising media across China.

“Focus Media created the elevalor TV market from zero. Now in every condo and every office building, you are watching ads on their screen.” His remark is well-based. According to the recent report of the 10B worth listed company, Focus network has reached about 300 cities. Among them, 2.33 million Focus owned media spots in buildings are available for uptake, covering about 200 Chinese cities and regions and 50 major cities in South Korea, Thailand and Indonesia. Some 44,000 elevator TV screens are available for media content distribution, covering 125 Chinese cities and regions. More than 1,900 movie theaters and 13,600 movie screens in more than 280 cities. As China’s top ads media platform, Focus is omnipresent in the everyday life of urban consumers.

As a16z highlighted in its 2022 State of Crypto report, there are an estimated 750M active Ethereum users today. That puts today’s level of web3 adoption near the 1995 adoption level of the Internet. If this rate of adoption continues, web3 could reach a billion users by 2031.

As Richard points out, this perspective has become rather inspiring in China, which has the world’s largest internet population. Unlike Focus Media, Viide, governed by the ethos of web3, enables users to own the network, share the profit of it, and develop new realities of web3 lifestyle. 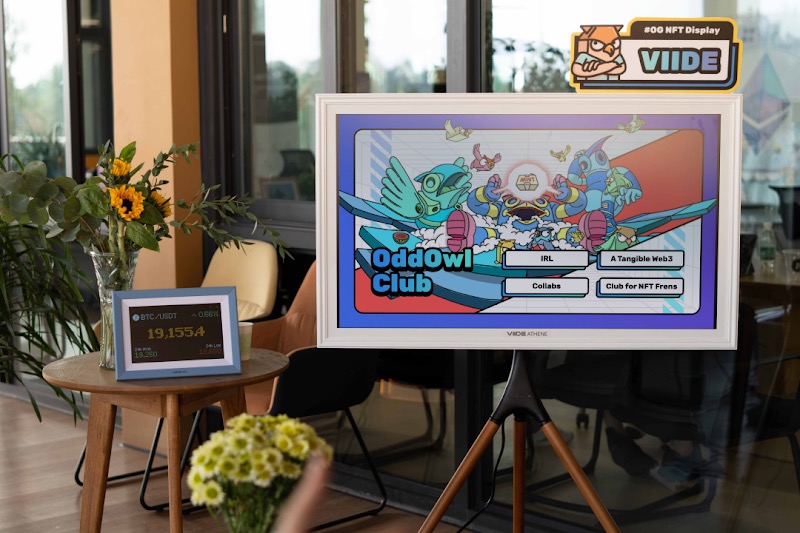 “One of best things about web3 is that people are gathered by a sense of willinness and participation. More and more holders and degens are going IRL to look for the vibe. You’d always want your Apes to be seen in a local cafe or a bar, or even on the Fifth Avenue in New York. And that gives us a real shot at promoting the DeScreen network in IRL web3 spaces.”

Richard met one of the inverstors in an IRL event held by Viide and its partner space(a crypto theme bar) in Shanghai. A variety of web3 spaces are springing out in major Chinese cities: Beijing, Shanghai, Shenzhen, Hangzhou, Guangzhou, and Chengdu. And not surprisingly, all these spaces are all reaching out to Viide – the rising NFT display champion in this country, to please their customers with top-notch NFT showcasing. To that end, Viide makes the deal even more attractive. The member of its own NFT project “OOC” and its partner communities are promised with a series of VIP privileges in any spaces that has partnered with Viide.

“We have taken the form of co-mint to give the holders of our partner communities priority to the whitelist. Meanwhile, the commercial profits of Viide and the rewards of collab events will be contributed to the OOC prize pool and continuously returned to OOC holders. And because of the particular vibe of web3, holders tends to go IRL and participate in the community gatherings, NFT exhibitions, and web3 forums. OOC can be a sustainable way to fuel both on-chain and IRL operation. And it helps us see the greater picture of web3 advertising.” Richard sees OOC as the bond to connect onling community and the real life. Some of the most avtive Chinese NFT projects have partnered with Viide to promote their images in the built environment.

When asked of future plans, Richard says Viide is negociating partnership with a metaverse builder to operate virtual billboards, and looking for partnership with IRL web3 spaces all around the world.

“Viide DeScreen not only dispays NFTs, but displays the look of web3 advertising in the future. GMI(gonna make it)!” Richard says in the end, depicting the greater picture of Viide and its DeScreen Network. 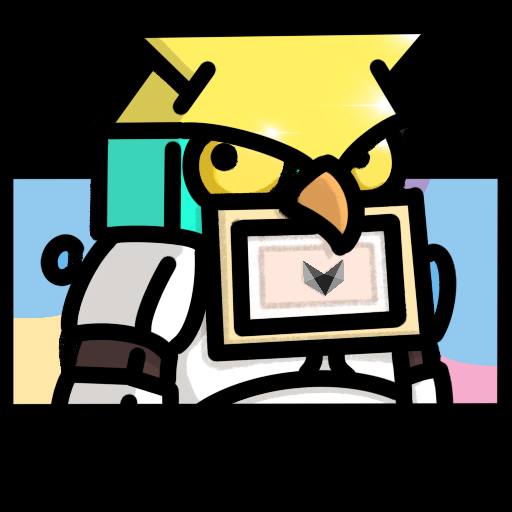